Click on the bars below, to find out more...


•  This was to be Sam's first competitive year of outdoor karting. 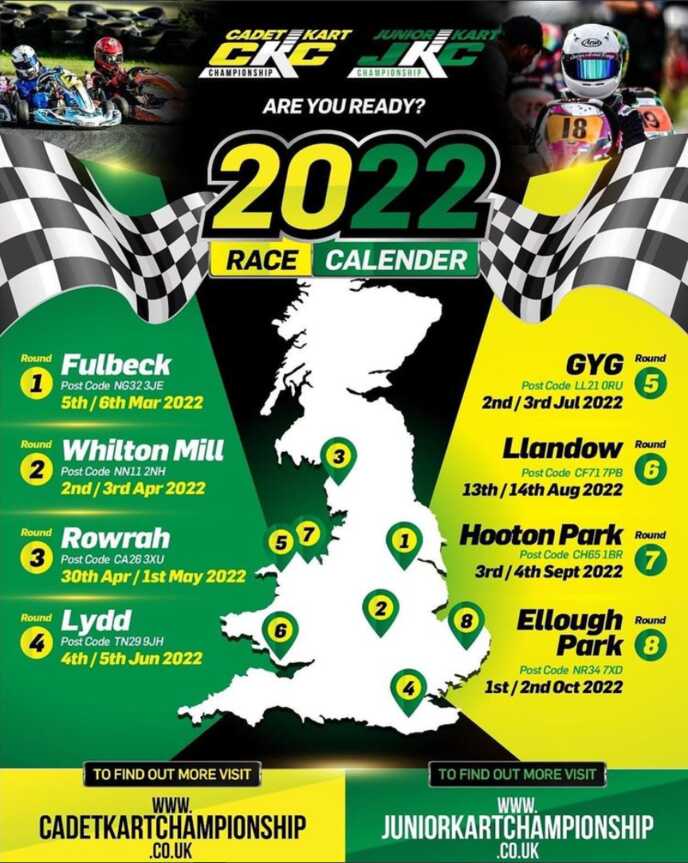 •  We wanted a challenge for 2022, so Sam was entered into the Junior Rotax National Kart Championship ran by CKC - This comprised of 8 rounds at 8 different circuits around the country.  We'd only been to 3 of the tracks on the calendar, which made this more appealing.  All the races would be streamed live to thousands via AlphaLive's YouTube channel. 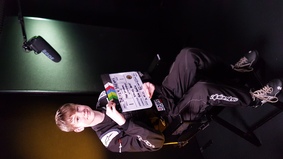 •  In February CKC announced they were to create a docuseries entitled, "Driven Dreams".  The project was to explore the highs and lows of grass roots karting.  The idea was to create an entertaining show similar to "Drive to Survive" on Netflix.  Cameras would be present at all rounds, filming parents, mechanics, drivers and general paddock and track action.  Interviews were done and 16 stars were selected for the show, Sam would be one of the extra's on the show.  The plan is to air 8-16 episodes on Amazon Prime later this year/early Q1 2023 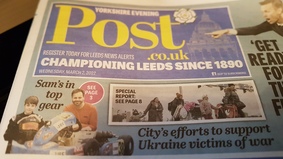 •  Daniel Sheridan from the Yorkshire Evening Post contacted us in March to-do a new article on Sam about entry into the JKC Karting competition and being part of Driven Dreams.  The article was posted to the YEP's website on the Tuesday, and printed the day after in the Wednesday paper with a front page piece >>>YEP Article<<< 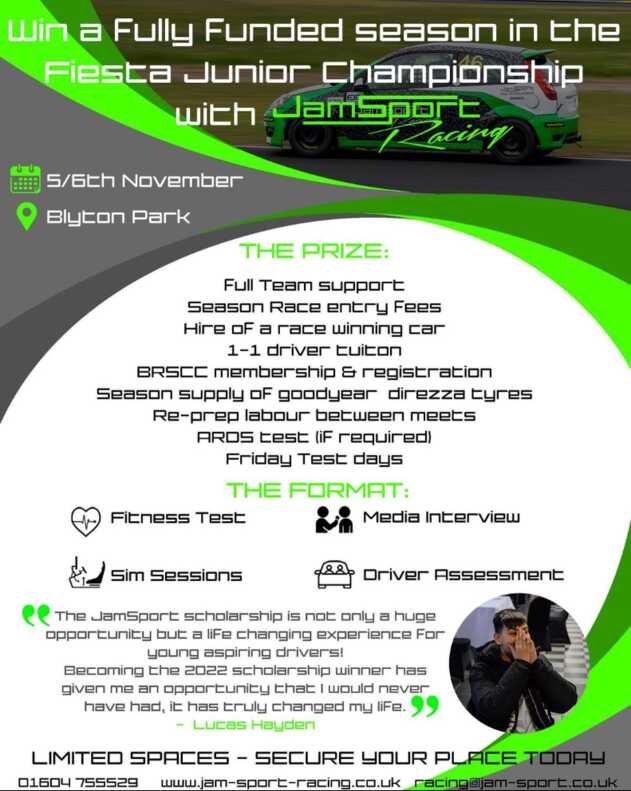 •  After the JKC competition finished in October, we did something slightly different in November by entering into the JamSport Racing 2023 Scholarship.  The prize was to drive the Ford Fiesta ST150 in a fully funded season of the Fiesta Junior Championship in 2023.  All that was needed was to progress through the first 2 stages and win the third stage.  35 skilled drivers entered but only so many would progress to each stage.
- Stage 1 was held on 5/6th Nov at Blyton Park Circuit with a number of trials throughout the day [ Fitness | Media Skills | General Knowledge | Sim Racing | Car driving ].  Driving the Ford Fiesta ST150 around the track was clearly the best stage of the day.  This was the first time Sam had driven a manual car, well it was actually the first time he'd driven a car!  Only a number of drivers made it through to Stage 2 and Sam was one of those.
- Stage 2 will be held at Blyton Park Circuit on 10th Dec.  Update to come soon!!


•  Like others, Sam's 2021 season was postponed by the ongoing coronavirus pandemic, creating another UK wide lockdown with karting not re-starting until April. 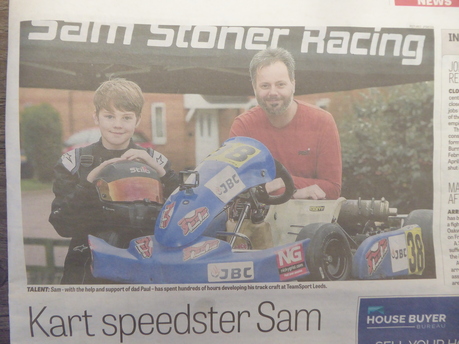 •  Daniel Sheridan from the Yorkshire Evening Post contacted us in February to-do an article on Sam's karting.  The article was posted to the YEP website on the Friday, and printed the day after in the Saturday paper >>>YEP Article<<< 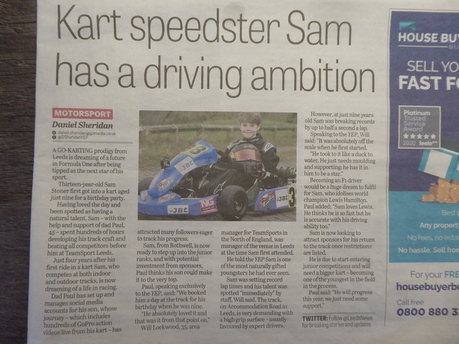 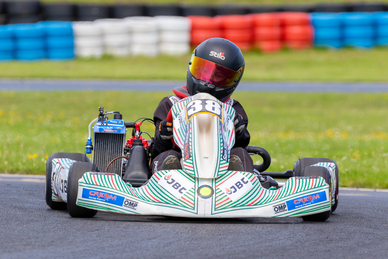 •  The month of May was special, we took stock of Sam's Tonykart with a Rotax Junior Max engine from Strawberry Racing.  Sam move up from the IAME Cadet, skipped the Mini class and moved straight into the Junior class and is loving every moment.  The Rotax Junior is 3X more powerful then the IAME Cadet, as you could imagine the move wasn't easy.  It would take a number of months but Sam pushed through the pain barrier to come out the other side ready for the next level to compete in races again. 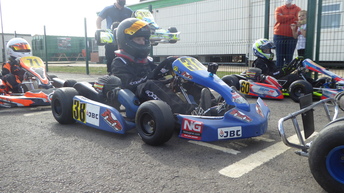 •  Sam managed a few test days at the beginning of the year, before the coronavirus pandemic hit in March.  C-19 affected most of the uk economy, which closed down karting until June.  Once karting was permitted, Sam wasted no time in getting straight back in the seat for some more test days.  July was a game changer, Race Rockets came along to sponsor Sam.  We now had the finance to run additional testing, as well as run as a privateer and enter Sam into some IKR competitions.  Sam completed his ARKS test at Wombwell in July, the next day would be Sam's first outdoor competitive race, along with Sam's first rolling start.  Sam was hooked on karting from the first days at TeamSport, test days were good, racing outdoors was just something else - Sam was now hooked even more on outdoor racing. 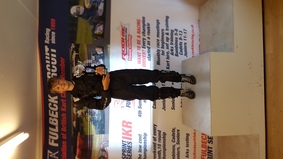 •  To get more race experiance, Sam entered Fulbeck's IKR in August and finished on the podium, to collect his 3rd place trophy.  We continued with a number of test days where the focus changed a little to race weekends.  These weekends were proving to provide invaluable karting experience.  Sam continued to compete in both September and October at Fulbeck and Wombwell but had to miss the November race weekend due to the country going into lockdown again.  That was the end of the year for Fulbeck, which left Sam 8th in the Fulbeck 2020 IKR Championship.  Wombwell managed to open in December for the final race of the year.  It was a wet one but brilliant being back behind the wheel, Sam held on to finish 6th in the race that day, putting him 5th place in the Wombwell 2020 IKR Championship. 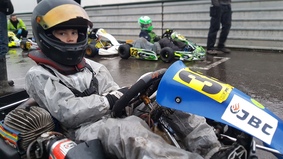 •  Sam entered 2020 with no outdoor race experience.  Sam and his Dad also had hardly any mechanical karting experience.  Sam only had a basic kart package, comprising of a standard "P" engine and carburettor clamped to an old zip kart chassis; no top of the range chassis, no multiple carburettors and no second "A" engine.  2020 was about seeing what Sam could do with what he had.  Sam pushed all year and grew in stature every outing, with the package we had, Sam was still able to compete against and beat a number of fellow drivers.  Sam has the potential to be very competitive and believes he can win races with the right kart setup, along with a continued test plan and race days.  With the right level of sponsorship (which several of Sam's race colleagues have), Sam could be at the top of his karting class. 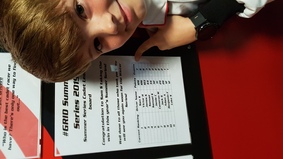 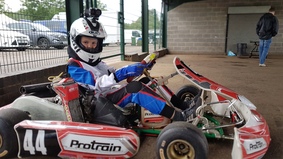 •  Mid-way through 2019 Sam began to venture towards the outdoor tracks.  Sam tested a Rotax Mini Max at the Whilton Mill circuit.  This was Sam's first outdoor go kart experience - straight from the TeamSport cadet karts!  As you might imagine the first session gave Sam his first (and only) doubts about karting.  He wasn't used to a kart that was so fast, the wet weather didn't help either.  But by the end of the day Sam was wanting more - he loved it. 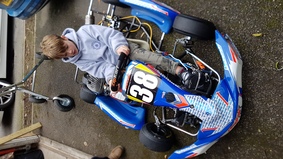 •  Sam progressed onto a number of outdoor test days, which weren't cheap and he wasn't always getting the most out of these tests.  It was decided the long-term better option would be to become a privateer and get Sam his own kart.  Sam and his dad had limited knowledge about the outdoor kart scene, but took the leap and purchased a second hand IAME 60cc Cadet kart - Sam ended the year making test visits to tracks like Fulbeck; Wombwell and PFI.  Sam had a knack at TeamSport, it didn't matter which kart they placed him in, he'd get the best out of it - Sam put that skill to good use again and made progress on every visit. 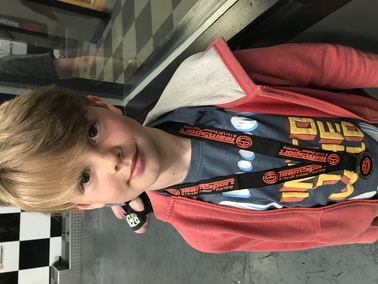 •  Sam first started karting late 2017, at his local TeamSports track in Leeds.  After learning the ropes and completing the Kids Academy, Sam was quickly becoming the best cadet driver at TeamSports Leeds.  As a driver, Sam was the most consistent, good at overtaking and the fastest, holding the lap record in a cadet kart of 44.155s.  As you could imagine, it didn't take too long before Sam was the kid to beat. 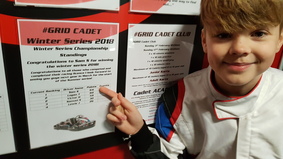 •  TeamSport Leeds noticed Sam's potential at an early stage, they appreciated his speed and consistency on track.  As a result of this, Sam participated in kart tune testing.  This was not for the faint hearted, it involved driving all the cadet karts to help tune them all to a similar speed, which involved over 200 laps over a few hours (no other cadet has ever been asked to do this). 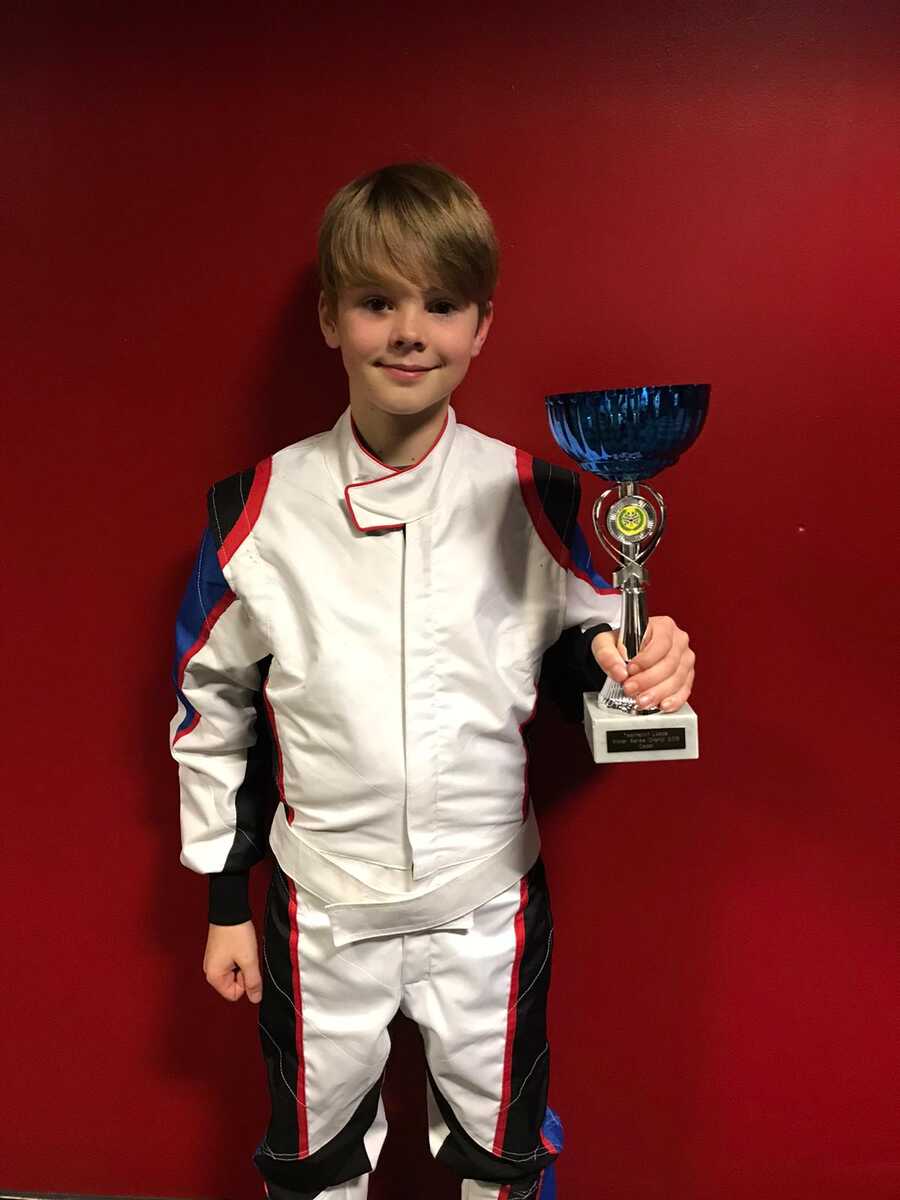 •  Sam moved onto doing a few competitive indoor kart races in the Cadets class before entering the TeamSport Leeds 2018 Winter Cadet Series.  Sam lead all the way through and went on to win the series.

•  Sams been told on several occasions that there is something special about his karting, this has come from staff at TeamSport and others that have seen him race.